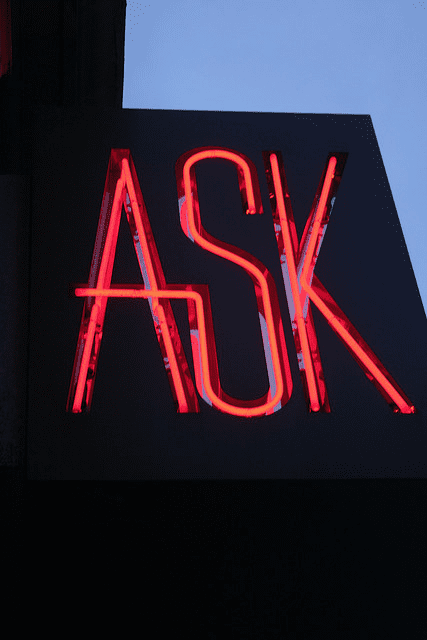 Every one of us who lead teams of volunteers knows about the big ask because, for most of us, it is something we stay away from. We have all these people who are giving up their valuable time to serve in the church and we know their lives are busy. Instead of asking them to commit all kinds of time to serve, we just don’t.

I do this way more often then I’d like to admit. However, I’m in a season of ministry where if I don’t make the big ask, stuff isn’t going to get done. The funny thing to me is that I’ve had people tell me that they want to help. So what’s keeping me from the ask?

I think it boils down to a couple of key traps that I fall into:

Saying people’s “no” for them

People are busy. And if I were honest, some of my best volunteers are killing it in the rest of their lives, because they don’t do anything mediocre. That’s why I like them on my team. Since I also know what it is like to be busy and to be gone from my family one more time, I’m hesitant to ask people to give up something else in order to help me.

In reality, I’m cheating these high capacity people from being able to serve by not asking them. One thing about these types of volunteers is that they haven’t become high capacity by saying yes to bad things and no to good things. These are smart people. So ask them and let them decide.

What if I’m not offering them something significant enough?

If I were honest, this is the thing that keeps me from asking people to serve in the first place. There’s a lot about production that is unsexy and frankly boring. Do I really want to ask the sharpest people I know to be a part of something that feels that way?

I personally have no problem with the mundane and the boring parts of production since I know that they are foundational to a great production. These are the parts that nobody sees and that the average person doesn’t care about. This makes it hard to cast vision to volunteers for making time to be a part of it. Do I really want the lawyer-by-day to sit around while we are waiting for the band to figure something out? Or to have the neurosurgeon wrapping cables? Aren’t there better ways to use people’s time?

I feel pretty strongly about how vital these mundane tasks are. So if I feel strongly, why don’t I feel better about asking people to participate? I think it is because I haven’t really sat down long enough to make a compelling case for why people should serve in this area; I haven’t convinced myself that it is worth our time to create the best service possible.

I’d be the first to admit that production isn’t for everyone, especially if they aren’t into the unsexy parts of what we do. But if we aren’t creating compelling reasons for people to serve, it is no wonder that we aren’t asking them.

People want to be a part of a winning team. Nobody wants to serve on a mediocre stage team or a video team that is just OK.

Volunteers, most especially the killer kind, want to be on a kick as* team.

Create an environment that is oozing with significance and then make the big as* (…the other one.)

To learn more on this top of team development, check out John Cassetto’s Breakout from FILO 2019 Chicago: “The Art of Building Healthy Teams and a Team Culture”.