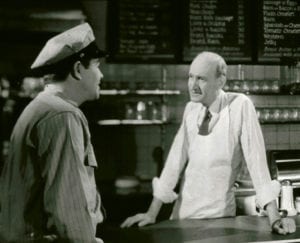 My wife used to work for a guy who would always ask the question “What can you do for me?” The context was generally in a situation where he was paying for a service…a rental car, hotel room, plane ticket, you get the idea.

It would usually make me uncomfortable when he would do it, but he said the worst they can say to him is “no”, which means he is paying the listed price for the service, which he was already prepared to do. The best thing that could happen is that he gets a little something extra.

The other day, I thought I’d give it a try…twice. The first time, the person behind the counter was helpful, but there was nothing they could do for me. The second time, in a totally different situation, I scored all kinds of extra goodies.

What does this have to do with anything?

Maybe a couple of things…at least it did for me at the moment.

When I’m working with creative artists to pull off a service, there are many times that someone’s idea can’t totally be done the way they are asking, or at least if it were changed slightly, it would be way easier. It might even be more effective.

Over the years, there are so many examples of me not asking or searching for alternate options at this moment. The thought didn’t even cross my mind to at least explore the possibilities beyond the initial idea. The worst that can happen is that we execute the idea in the original way it was proposed, which I would have had to figure out if I hadn’t asked. The best that could happen is that we come up with something way better; a solution that we worked on together and that we can be unified as a team while doing.

If asking means that it has the potential to be amazing, what is keeping me from asking?

The second observation I took away from my experience is that I don’t generally ask God “What can you do for me?” It feels presumptive. And God already has a plan – so why would I bother? After all, He knows how everything is going to go down, so I’m not even going to think about asking.

The thing I learned from my simple initial experience of asking “What can you do for me?” is that it led to a nice conversation and a chance to connect with another person. The situation I was asking about didn’t change, but it felt great to at least try. So many times I don’t ask God because I assume what I’m asking for isn’t realistic or isn’t worth asking about.

When I asked the question for the second time, the response I received was the polar opposite. I put myself out there and asked, and I got what I asked for and then some. I’m pretty sure the second person I asked the question to wasn’t spending all day thinking about making sure I got great service and then all the extra stuff she threw in. She gave me those things because I was willing to ask. What if God had a few things up his sleeve that he is just waiting for us to ask him for?

I think the second person even had a great time surprising me. It seemed like she got a ton of joy out of the experience. To give someone the chance to bless you, or to give God an opportunity to willingly give you the things you ask for, can have an amazing outcome not only for you but also for the other person.

Why not ask the question? Why not take a risk and see what happens? Whether it is with your co-workers or with God, you never know when someone is going to say yes.

It can’t hurt to ask.