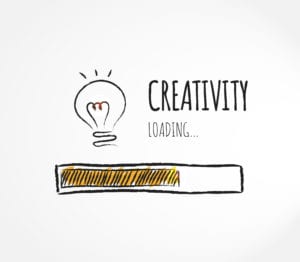 I love to read. And I love reading non-fiction. History. Biographies. You know, all the stuff your dad reads and you think he’s weird…those books. I’m that guy.

Recently I read a dual biography of Richard Rodgers and Oscar Hammerstein, the partnership that created some of the most popular musicals in the middle of the 20th century. I love the music and arrangements of their songs, but listening to them with 21st-century ears, they can definitely seem a bit cheesy. However, if you can believe it, their musical “Oklahoma!” blew the doors off of Broadway when it debuted in 1943, in much the same way “Hamilton” did in our generation.

Rodgers and Hammerstein went on to create musical after musical, and not just with the two of them, but collaborating with choreographers, arrangers, cast members and investors. Some of these shows we still know today, “The King and I”, “South Pacific” & “The Sound of Music” to name a few. Then there are some musicals that we don’t remember, shows that didn’t make it very far.

Along the way, with both the hits and the duds, there were several instances when things just weren’t working right…whether it was the story being bloated, or a song not working, or an underperforming leading actor. In some cases, they just threw money at a problem (after some huge successes, they had some of it to blow). However, quite often more money didn’t help the problem. Richard Rodgers had this to say:

“Anybody can fix things with money. It’s when things need brains that you have a little trouble.”

I love this quote. More money does not always solve the problems. Creativity, thoughtfulness, ruthless editing…these are the things that solve problems.

For most of us working to create services in the local church, more money sounds like a great solution to the challenges we have. Repair those lights. Buy some more plug-ins. Buy an LED wall. For me, having been a part of churches in all stages of growth, just throwing money at something tended to cause more problems than it solved.

Before just wishing you had more money to fix something, what are some ways to use our brains to solve the problem?

How can we use something we already have to accomplish the same thing?

Can we simplify the idea to leverage what we already have?

Is there an entirely different way to do this?

I was once talking with someone who works at a very large church that was “afflicted with affluence”. Money was not a problem for them. If there was ever a need (or a perceived need) the only question that was asked was “How much will it cost?”, and then the check was written. No one asked the essential question “Should we be doing this?”. Over time what happened the church ended up being involved in way too many things that pulled them away from the central mission of the church…and incidentally overextending the production team on events that weren’t essential.

Not having unlimited funds creates a necessary boundary that causes us to dig down into an idea to make it fit inside the constraints we have. Boundaries help make things better. It causes us to think more intently about something. It makes us pause to consider if it should be done at all. Constraints help us think of ways to get something done differently and more effectively. The act of editing an idea to fit into our reality helps to boil an idea down to its essential core. It makes something that was just OK into something amazing.

During the planning of one Christmas service there were some amazing ideas, however, our budget couldn’t support them all. After researching each idea and putting an estimated price tag on it, we all sat down and figured out together how we would make it all work. The idea people and the idea executors in one room, working through the difficult task of editing the ideas to fit inside the boundaries of the budget. It was one of the most collaborative processes I have ever been a part of, and I believe the result was a huge success. Not only did we produce an amazing service for our congregation, we solved the problem together, with our collective creativity and brain power.