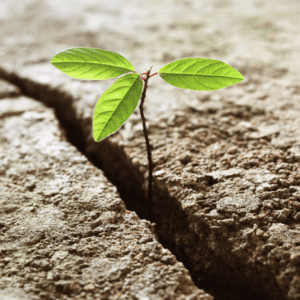 I think it is safe to say that we are all ready to return to normal. We’ve done the covid thing, we’ve learned a few new skills, but we’re tired of editing our services together and watching them online like everyone else.

Unfortunately, normal is not coming back. At least not in the way we remember it. And maybe that’s a good thing.

Getting back into the routine of pulling off services every week, now is the time to potentially make some changes.

One of the main reasons we tend not to make changes is that it can cause disruption. Disruption on the team, disruption of the process. We’ve always done things a certain way, so why mess with it?

Well, things have been disrupted alright. Most of us haven’t had services in person for 5 months! You can’t get more disrupted than that!

Chances are, when we do get back, the way we used to do services is a thing of the past. It is time to make some adjustments. Not only adjustments to the “new” that we’re facing, but also to the “way we’ve always done things.” This is a perfect time to even do those things we always wished we had time for.

Remember all those great ideas you’ve had over the years but have never done anything about? Well now is the time to consider implementing them. There will never be a better time than now!

Much of the challenge of starting something new is that it breaks you and your team out of a comfortable routine. The only comfortable routine you’ve had in the last 5 months has been working while still in your pajamas. Trust me, you need to break out of that one anyway!

Don’t waste this amazing opportunity to start something new when you get back to meeting in person. The time is ripe to take yourself and your team to the next level by starting something new.

This new beginning is also a great time to stop doing some things. Those tasks were designed for a different season or to slaughter that sacred cow. Similar to starting something new, we are already out of our routine, so let’s blow it up some more while we have the chance!

We have been given the opportunity to start fresh. It is the moment that we dream of when we are buried by the routine that seems locked in place and can never change.

They can. And it is time to seize this moment to help make your church more effective by starting new things and stopping old things.