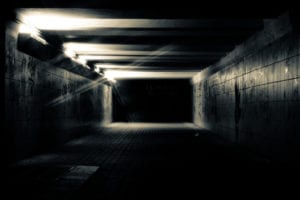 I’m working with some great people right now that are some of the hardest working people I know. Super responsible. Striving for excellence in every area. Kicking butt and taking names.

Unfortunately, they are all overworked. System upgrades, routine maintenance, volunteer recruiting, set changes…the list could go on forever. And it tends to. There is no end in sight.

Almost every tech person I’ve ever met, looks at this pile of work and sucks it up, and keeps moving forward. That is until they crash and burn. I think it is probably pretty universal, that when you can see light at the end of the tunnel, most of us can push through to get something done. The difficult part is when there is no light at the end of the tunnel. Or maybe worse still, the tunnel has no end. And maybe even worse, you’re surrounded by people who keep telling you it will let up any moment.

So what do you do in this situation?

Let yourself off the hook.

For me, I have to be really honest with myself and realize that I can’t do everything. Over the years, I’ve had to sit down and figure out what I can reasonably accomplish in the time I have. After that, I need to let it go.

Communicate what can be accomplished.

Once I’ve figured out what I can accomplish in a normal week, I need to tell my boss. Most people have no idea how you spend your time. Educate them. Give them a glimpse of how you spend each hour of your week. Help them see how insane it can be.

Plan for light at the end of the tunnel.

Life is a series of tunnels, not one long tunnel.

To get the most from your teams, they can’t just stay underground forever. They need breaks. Sure, they need to work hard too. But if all they ever do is work hard, eventually, they will get worn out and that will be the end. They will force the end of the tunnel.