“Carry each other’s burdens, and in this way you will fulfill the law of Christ.” Galatians 6:2

Honestly, I want to apply this to other people.  “Hey, you!  Carry my burdens!”  I want the benefits of other people fulfilling the law of Christ, without having to stretch myself. 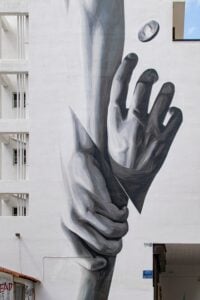 Photo by laura adai on Unsplash

Many times, other people’s burdens have the potential to be heavy.  And many times my burdens are heavy enough without adding someone else’s problems to the pile I’m carrying.

After reading this verse a few times, I have realized that it doesn’t say, “Let others carry your burdens.”  The way it is worded suggests that someone has to start carrying other’s burdens.  If we all naturally jumped in to help each other, Paul wouldn’t have offered up this command.

How about we stop waiting for someone else to make the first move to lift a heavy load, and go after it ourselves?

Instead of waiting to be understood, what if you went after understanding?

Instead of wishing that someone would help with a big project, what if you jumped in to help with someone else’s project?

In the world of the local church, there are some unfortunate, but very real barriers between the technical and creative arts that need to be broken down.  That won’t just happen magically.  Someone needs to make the first move to carry one another’s burdens.

Let it be you.