We’re back to it.  That darn 37signals.com is just cranking out the value hits.  “Clarity is king” is up next:

Buzzwords, lingo, and sensationalized sales-and-marketing-speak have no place at 37signals. We communicate clearly and honestly.

I love this.  I also have a really hard time with clarity.  I want clarity from the people I work with, and I am horrible at providing clarity. 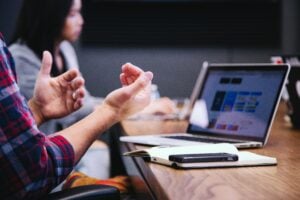 Photo by Headway on Unsplash

This past week, we were working on some pretty big projects.  I felt like it was really clear about what the expectations were and what we were hoping to accomplish and in what order.  I even wrote an email letting everyone know what to plan for.

Well, things went amazingly well.  We got tons accomplished.  Unfortunately, there were some misunderstandings which caused some funkiness among the team and with me as the leader. In that moment, I was pretty frustrated, but instead of going right to the people involved, I started analyzing what my part might have been in the way I was feeling.

After having some follow up conversations to talk about expectations, and owning up to me not being very clear, here’s what I learned:

No one ever dies from over-communication

I make the assumption every day that people are thinking the same thing as me.  They probably aren’t.

The clarity that you want from your boss is the same kind of clarity your people want from their boss…you.

Being clear helps to ensure a great process, which is a cornerstone of a great production.

As members of a team, we all want clarity.  As a leader of a team, it is your job to provide clarity.

I can hear my pastor say “Now, just to be clear…whose job is it to bring clarity?”