I have a friend who was a TD of a local church and when he started, he noticed that the volunteer team would talk over the intercom negatively about the people on stage and the content coming from said stage.  As a result, the whole production team had a negative view of the creative arts team, and the wall that naturally exists between the booth and the stage was built taller and more robust each week.  When he realized this, my friend went to the worship leader and told him that from that day forward, the production team would not say one negative thing over the intercom or in conversation.  Instead of the standard operating procedure being criticizing someone’s performance or content, the MO would be to speak with positive words, or not say anything. 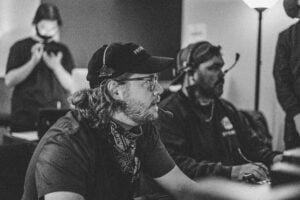 Photo by Chris Ainsworth on Unsplash

I was telling this story in a small group setting and there were a few people from the same church that looked at each other and groaned.  They all knew that the first part of the story described their team’s experience and that it was time to stop.  While they were having this revelation, I was having thoughts like “It is OK for my team to talk negatively, because my situation is unique.”  and “My friend’s church has a totally different set of issues that don’t apply to my environment.”  or “I am tired of staying on top of my team to stop the negative comments.” and on and on.  Right about then, I was convicted myself.

Letting our conversation slip into destructive negative comments is no better than letting technical excellence slip.  Would you let a camera operator continually give you bad headroom?  I hope not.  Would you let a FOH engineer keep forgetting to turn people’s mics on at the right time?  No way.  What may seem like harmless fun, slowly erodes respect and trust.

For me, the biggest challenge I have faced as a technical artist in the local church is breaking down the wall that can so easily be built between the technical and creative arts teams.  We talk a lot about wanting to feel like one team, but that can’t happen if we let negative chatter happen on our intercom, or in the back hallway, or anywhere.

I’m not saying that you have to love everything happening on your stage, or that you have to be best buds with the worship leader.  I am saying that speaking in a destructive way, about the people whose art we are facilitating, is destroying any chance we have of creating something amazing together.  There should be room for constructive criticism, with emphasis on constructive.  There should be room to speak the truth but in love.  We shouldn’t live with blinders on, but we shouldn’t live with n0-holds-barred either.

If you are a leader, please hold your tongue.  Your people are watching and listening to how you speak about the people on your stage.  If you are a leader, hold your people to the highest standard.  Push your team to the high road.  Breaking down the wall between the creative arts and the technical arts requires constant attention.  Without diligence, it will naturally get built slowly, brick upon brick, which is the exact opposite of what we need and what we really want.