After the previous post about my identity being defined by what I do, I have been thinking about how to practically define what it means to be overworked.  One of the keys to me is to know what a normal amount of work should look like.  Without a good idea of what I can realistically accomplish, it is difficult to nail down what overworked really looks like. 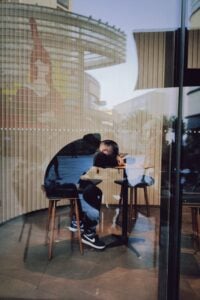 Photo by Chroki Chi on Unsplash

When I was just starting out being a full-time TD, we met in a high school auditorium and had to load in all the gear to make church happen.  Starting with an empty stage, we had 1 hour to unload our 48′ trailer and set up the band and any other staging elements before soundcheck and rehearsal needed to start.  In those early days, starting soundcheck on time was a rare occurrence.  Much of this came down to me saying yes to more setup than was possible, simply because I didn’t exactly know how much I could get done in 1 hour.  Don’t get me wrong, the music director would often add instruments at the last minute, but that’s a different blog post.

What I decided to do was start measuring how long it took to do certain tasks and to figure out what could actually be accomplished in 1 hour with my normal volunteer crew size.  Defining normal became a huge win for me when I could talk in practical terms about what could be done and what couldn’t in the hour we had.  It was also a huge win for my boss, who was already slightly in the dark about what it took to do production, but now had tangible, measurable examples of how his ideas translated into reality.

Once we got into the rhythm of what normal looked like, we were able to start sighting the abnormal, which became a trigger for either finding ways to get more time at the school for setting up, bulk up the volunteer crew for that week, or shrink the idea to fit into a 1 hour set up.

This idea of “normal” also helps with figuring out what you can accomplish in a normal work week so that you can have a life outside of work.  If a normal week is 45-50 hours, what can be accomplished in that amount of time, and what falls outside of that?  A co-worker of mine has done a great job of saying, “We are going to start at 2:30, and whatever we can get done in the afternoon, is what we can accomplish.”  If he didn’t do this, he would start pushing his normal week into 60+ hours.

For many of us, a good idea is difficult to put boundaries on, especially if it will feed our sense of identity.

Is your current “normal” too much?  What can you do today to help define what “normal” is or should be?