Given the title, it shouldn’t be a shock that there is a part 1 and a part 2 to this. In part 3, we’ll look at a more subtle way that I can say someone’s “no” for them.

When a pastor asks me for something that seems undoable, my knee-jerk reaction is to NOT tell them how difficult something might be, I just do it. And as a result, I’m saying “no” for them.

For me, I feel responsible to make stuff happen, so I don’t say no. 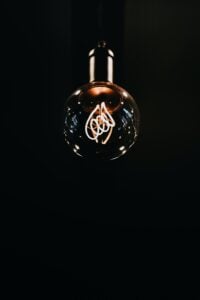 Photo by Devin Avery on Unsplash

When someone had a crazy idea that I wouldn’t know how to do with our current resources, I would spend the only capital I had: my time. I would kill myself to make an idea happen, without ever talking to the idea person about the costs involved. I used to make an assumption that the person asking knew what it would take and they were asking for it anyway.

By not having a conversation about the cost of an idea, I wasn’t giving them an opportunity to say “no”. I generally assumed the answer would be “yes”, so I didn’t bother asking.

Then one day, I had an idea of my own.

When my boss would have some crazy idea, I would try to imagine how I could get him to say “no” to his own idea. At first look, this might seem like I was pulling one over on him. In reality, what happened is that I learned how to present several options and let him choose.

Instead of being deceitful, I ended up learning the valuable lesson of providing solutions to the challenges instead of just killing myself to pull off the idea and then becoming resentful and bitter.

Sometimes my boss would say “Yes. We are going to do it.”, but more often he would pick one of the more doable options.  Over time, I noticed that he would choose doable over “no” pretty much every time.  I also noticed that when he said we needed to move ahead with something that seemed undoable, I knew he wasn’t taking it lightly.

This pattern helped us develop trust over time. We started to see each other’s point of view as essential to make things happen. Instead of feeling like we were always on the opposite side of a problem, we acknowledged that we were coming from different vantage points, and we celebrated it. We needed each other.

When we say someone’s “no” for them, we short circuit the opportunity to get to true collaboration.