I’m guessing that Colin Powell had to deal with Rule #12 quite a bit over the years.  Between being in the military and then in government work, there are no shortages of things to be afraid of or people telling you that you are doing it all wrong.

In the world of church production, there can be a constant barrage of fears and naysayers.  It is a large contributor to the fact that most tech people I know if isolated and alone, overworked and overburdened. 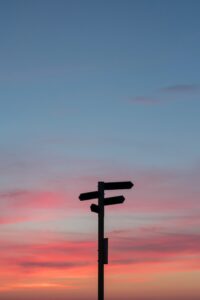 I make so many decisions every day that are based on my fears.  Fear of letting the team down.  Fear of screwing up.  Fear of wrecking the service because of a mistake.

Following after my fears can make for a horrible life.  I am overworked; I am that guy that says “no” all the time, and I am stuck in a rut because that is how we always do it.

I just heard someone today say that the only way to get over your fears is to face them, to sit in the middle of them.  When you do that, you can see there isn’t nearly as much to be afraid of’; or you start getting used to the feeling of saying “no” appropriately or saying “yes” appropriately, or you begin to take calculated risks and they pay off.

Ignoring my fears is one thing.  Don’t get me started with the naysayers.  I’ll save that for the next post.