I’ve been listening to Colin Powell’s new book, “It Worked for Me”.  There is quite a bit of great stuff in there.  Besides the fact that I love it when the author reads their own book, General Powell’s 13 rules are amazing.  He has written about them before, and he even did a Leadership Summit session about them. 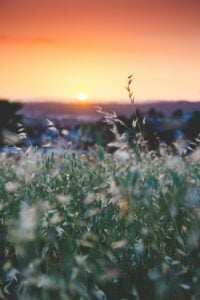 Photo by Sapan Patel on Unsplash

As I listened to him talk about them this time, I was reminded of how useful they would be in my own life.  And since this blog is mostly a chance for me to work out my own issues, I’m going to break these down for myself, starting with rule #1:

It ain’t as bad as you think. It will look better in the morning.

So often, my first reaction to a situation is to imagine the worst.  The bad thing that could happen, or trying to figure out how to do something within my current constraints or if I have that tough conversation, it will go bad.  There is usually a great idea waiting just outside of the obvious, things will generally not turn out as bad as I can imagine if I will just let my brain go there first.

What I love about this rule, is that letting some time pass is a great exercise.  Jonah Lehrer’s book “Imagine” talks about letting an idea marinate in your brain helps to connect the dots to a solution…(even though the book has been removed from the shelves, it still has some good ideas in it.)

Fear and despair are so easy to give in to.  Allowing yourself time to examine every angle can help push these first reactions to the side.  I have tried to discipline my own thinking, to start positive, to think first about how something could be done before I start figuring out why it can’t be done.

As a tech person, I am all about solutions and figuring out how to get something done.  Instead of waiting for tomorrow to calm down and look at something in a new light, I have been trying to start there.  Instead of shooting holes in an idea right off the bat, I am trying to embrace the idea and run with it as we figure out how it can be done.

How can we start with “It ain’t as bad as you think” instead of jumping to crisis mode?  Let’s stop waiting until the morning to realize that we can figure it out.

Check back for the next post about rule #2:  Get mad, then get over it.