This past weekend, one of the producers would ask me if we could change something technically.  Each time they asked, I hesitated.  I then gave a very lukewarm, middle-of-the-road, “maybe” kind of answer. 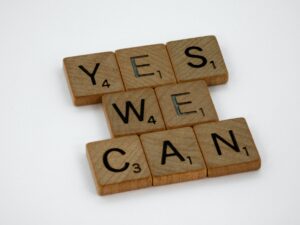 Photo by Brett Jordan on Unsplash

At one point in the day, this producer remarked that I kept saying “no” to their requests.  Afterward, we had a conversation about how I didn’t feel like I was saying “no”, but that I was processing out loud while I was trying to get the answer out.  The producer understood my point and said we were all good.

Later on, the production team was debriefing the service and I had a change to give to the stage manager.  I could tell he was slightly hesitant with how to answer, but what came out of his mouth was like music to my ears:  “Yep.  Got it.  No problem.”

As a leader, his get-it-done attitude was exactly what I needed from him.  I realized that he had some figuring out to do, but he had a great first response.

This was so eye-opening to me.  This is the kind of response my producer needed from me.  This doesn’t mean that I say “yes” to everything, or “no” to everything with a quick answer.  It means that I respond with confidence and with something immediate.  The vague answers I was providing didn’t instill confidence in me or my team and weren’t a great way to get to a solution.

Colin Powell’s rule:  “It can be done!” slapped me in the face this week.

How are you responding to requests?  How can you look at life through an “It can be done!” lens?