A few months ago, I volunteered to provide production support for an event at one of my kid’s school. For me, it doesn’t matter where I’m doing production or for whom, I want to do great work. I don’t want people thinking about production, but about the content of the program. I want to be as transparent as possible. 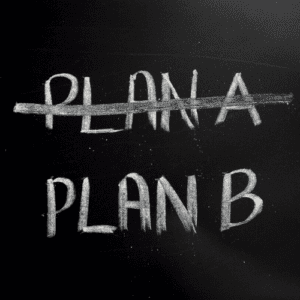 There were a couple of problems right off the bat. The gear at this school is suspect at best. I never know which mics will work or which lights turn on with which switches. Going in, I knew I was in for a challenge. The second issue was that the people presenting at the event wanted to use wireless headsets, even though they were just standing at a podium the whole time. Knowing what I do about the system that exists, I spent quite a bit of time trying to talk people into using a wired handheld mic, since it would give us the highest chance of success. No luck.

You can probably imagine where this is going. Mic after mic failed. Either because of RF interference, a bad connector, or the flimsy headset mic falling off someone’s head. Fortunately, I had set up a wired mic by the podium just in case.

This example speaks to a few things.

We talked about it before the event

I knew that the gear was questionable at best, so I spoke up. Not to complain, but just to explain what could happen. After the decision maker decided to respectfully not take my advice, we used the wireless mics.

When they failed, I didn’t make a big deal out of it and I definitely didn’t say “I told you this would happen!”. I prepared for the chance that they might not work, and then I didn’t carry the weight of responsibility whether it worked or not. I’d spoken up and someone else made the decision. I’m going to still do my absolute best to make it work, but if it doesn’t, someone else made the decision and carries some of the responsibility for the distraction that was caused.

Because production is a mystery to most non-tech people, to some degree, only you know if you are doing everything you can to make sure things go well.

In most of these situations, it is easy to just blame the gear. It is still your job to do your very best to prepare for every possible eventuality.

Are you planning properly?

Are you bringing up potential issues before they happen or only after they fail?

Todd is a writer, speaker, technical artist in the local church and founder of FILO.
Return to Blog