Many of us are very protective of our equipment.  We can also be very protective of how that equipment gets used.  This becomes evident when someone from the outside wants to use “our” equipment, or “our” room.  This could be a guest artist, or it could be the children’s ministry.  They have a certain way of doing things.  So do we.  They have been burned multiple times.  So have we.  They want it to be successful.  So do we.  But instead of focusing on the fact that we all want it to go well, we focus on all the ways we don’t agree or aren’t seeing eye to eye.  As a result, we are seen as over-protective, territorial, and basically difficult to work with. 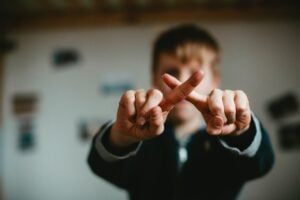 Photo by Markus Spiske on Unsplash

Much of this comes from the fact that we don’t know each other that well, and have not worked together very often.  There are a ton of unknowns at play, and most of the time, things can get worked out once we understand each other.

Here are a few ideas on how to seem less territorial, and more of a team player.

Decide what matters the most.  You can’t die on every hill that comes along.  After initial conversations, figure out which things are essential and which things you could let go of.  So often with guest artists, we would try to squeeze them into our way of doing things, making it impossible for them to even be themselves.  Instead, now, we figure out what is non-negotiable in our particular situation, and then release the rest of it to the other person.

Broaden your perspective.  It is very easy for production people to be seen as hyper-focused on the technical stuff, and not really aware of the bigger picture.  When trying to negotiate what needs to happen, help the other person see that you aren’t territorial, by asking questions about what is trying to be done, or what the purpose of the event is.  This helps people see that you care about the impact of the event, not just the stuff that matters to you.

We all have people or groups that push us into being territorial.  How can you use these ideas to overcome your territorial-ness?