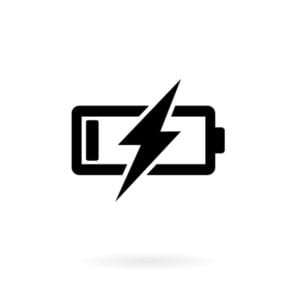 Over the Christmas break, my daughter was home from college. It was amazing to have her back in the house. While she was home, she was driving one of our vehicles that doesn’t heat up very well. Because of that, I bought a heated pad that sits between the driver and the actual seat. The downside to this added heat pad is that if you leave it plugged into the cigarette lighter, it will drain the battery…quick.

This happened recently. And that battery was DEAD. Not sort of dead, but all the way. Nothing would happen. No interior lights coming on. No car radio clock. Zip.

We tried to jump start the car, but nothing worked. It was also really cold out. I gave up. A few days later, when it was about 20 degrees warmer, the car would start. It has been fine ever since.

The whole experience of charging car batteries got me thinking about my own life. I know … strange connection.

I grew up with car batteries charging all the time. My dad had a trickle charger set up and seemed to always have a battery plugged into that thing. The key to the trickle charge is that it keeps the charge up in a battery, while a quick charge can really only be done a limited number of times before it wears the battery out. There is definitely some science involved here, but I’m the wrong person to dig into those details. For the sake of this blog post, let’s keep it simple.

The trickle charge takes longer but helps the battery last over a long term. The quick charge is fast but destroys the battery over time.

In the life of a technical artist in the local church, we all need to be recharged from time to time. I imagine that most of us end up with a quick charge because there really isn’t time for anything else. While you actually get recharged, it comes at a price. Your lifespan as a technical artist is reduced.

Most of us don’t feel like we have the luxury to take time for a trickle charge. There’s too much to do. The events come around too frequently in the schedule. When I’m not working, I’m involved in tons of family activities and have no time to stop. There are always seasons when the quick charge is necessary. It’s game time and we need to get up and running as soon as possible. However, many of us start running fast all the time. Our “busy season” is every season. This cannot last.

While some things that need to get done at our churches aren’t our decision, I believe that we tend to not speak up when things start to move too fast. When I need time for a trickle charge, that feels like failure.

I was having a conversation with the TD of a multi-site church and he was mentioning that his team’s schedule was crazy. When we talked about all the events, each one was connected to a different ministry that didn’t have any idea of anything else going on except their event. You add enough of them up, you’ve got a crazy schedule. We ended talking about this person stepping in to start a church master calendar that production spoke into and that each ministry was aware of when planning their event.

Unfortunately, nobody cares if you’re getting time for your trickle charge. They are only worried about their thing. Except that everyone wants you to be at 100% when their event comes around.

How can you take control of your schedule and make time to be renewed and refreshed?

How can you involve your boss in creating the necessary space for a trickle charge?

God did not make you a technical artist in His local church for your to cook yourself on quick charges. Christ wants all of us to live a life over the long haul…trickle charged.

If you don’t figure it out, no one else will for you.