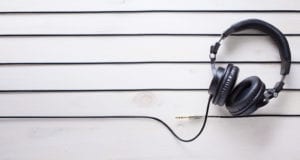 I was looking for something to watch on Netflix the other day and landed on a documentary about Foo Fighters.  I didn’t know much about the band, except that Dave Grohl used to be the drummer in Nirvana and that Foo Fighters were one of the only real hard rock bands still out there. The documentary was generally interesting and I learned a few things about music from the 90’s, which seems to be a decade of music that I mostly missed. Near the end of the film, which was made in 2011, they were talking about the album “One by One”, and how they had struggled to record it. Because of the struggle Dave Grohl basically put it on a shelf. Most people who heard it, thought that it wasn’t worth releasing. After several months break, the band decided to come back to the material. After listening to it, they decided to re-record everything. At this point, Dave Grohl said the following (with a few edits for language):

I love everything about this statement! Just because you have all the resources in the world, doesn’t mean you can create something worth listening to.