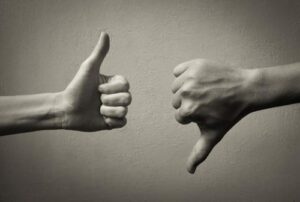 As tech people, we are often asked to do crazy stuff by our creative counterparts. As crazy as these ideas might seem, the balance between creative ideas and technical realities is the name of the game. We are the executors of ideas. They imagine ideas that need to be executed. Without each other, nothing happens.

Ideas without execution are just ideas. Execution without ideas is…probably nothing.

As someone who can feel overworked and overwhelmed, saying no can be an automatic response. We don’t need to think about it, it just can’t be done!

However, original ideas are precious gifts. They typically aren’t laying around waiting to be used. They are conceived of in the minds of creative people who are trying to help lead our congregations into new thoughts and ideas about who God is and how we relate to Him. For us to knee jerk to “no” isn’t fair to them.

Or maybe we need to shrink the idea to fit our resources.

If “no” is the answer, we should arrive at it together; trusting each other to come up with the best answer.

I want to be a team player. Who doesn’t? But you’re thinking…if you don’t want me to say no, then you’re just expecting me to say yes to everything. To quote Dwight Shrute, “False”.

Ideas are precious…great. But just because someone has an idea, doesn’t make it worthy of your team’s time and resources.

I noticed early in my career that I discounted the importance of my time. It was not a resource that I considered legitimate when I figured out whether an idea was worth doing. I’m the doer, so let’s go.

The reality is that if we want to have a successful tech ministry, we need to have priorities and values that drive our decisions. Without them, we tend to run from one fire to another trying to put them out. As a result, I would argue that we aren’t achieving all that our churches need. Without intentionality, our technical arts ministries just become the clean-up crew for every last-minute idea.

In a similar way to not saying “no”, “yes” needs to come from a mutual agreement. Our creative counterparts need to understand what they are asking for. We need to engage them in the conversation about whether it is a good idea or not, given our current circumstances.

Engaging our creative friends in helping us figure out if we can accomplish an idea can be a vulnerable place. In some ways, it feels like an admission that I can’t get it all done, which is what I like to think is possible. If I can’t do it all, where do gain my significance? Ouch.

Not saying no and not saying yes requires a trusting relationship with the people who are coming up with the ideas. Without that, we aren’t working together the way God intended the body of Christ to work.

Todd is a writer, speaker, technical artist in the local church and founder of FILO.
Previousgood enough
Nextchristmas rehearsals and jesus’ mom
Return to Blog

Developing Your Team and Yourself
View All