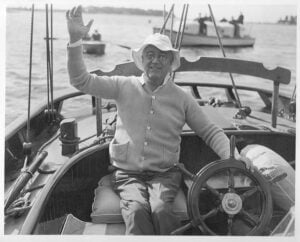 I just finished watching “The Roosevelts” on Netflix. It is the story of the Roosevelt family, told through the lives of Theodore, Franklin, and Mrs. Roosevelt, whose maiden name was Roosevelt, by the way. They were fifth cousins, so no big deal.

It was a fascinating story, but the thing that stood out to me was something that Franklin Roosevelt said during his presidency and is now printed on his grave: “The only limit to a realization of tomorrow will be our doubts of today.”

As a tech person working in the local church, I don’t want to believe that this is a real statement and it hits a little too close to home.

When I think about all the things I wish were better; gear, people, budgets, leadership, etc, I want to think that others are keeping them from moving forward. What I imagine about them isn’t really important. Yet, if FDR’s quote is true, what doubts of today are holding back what it could be like tomorrow?

When it comes to team dynamics, have I given up on someone? Do I question whether someone wants to volunteer or not?

Have I stopped speaking up in meetings because I’m afraid of what people might think? Or do I overreact in meetings out of fear because I don’t want to get burned again?

Have I stopped dreaming about the new things we can do with newer technology because someone always says we don’t have enough money, so why bother?

Where does tomorrow limit out for you? What fears, worries, or doubts of today are keeping your capacity unnecessarily low? What fears have you given in to? How have your fears of today shaped your current reality?

Todd is a writer, speaker, technical artist in the local church and founder of FILO.
Previousyou can handle it!
Nextmaking time for the future
Return to Blog